Data becoming a Priority over Voice in Telecommunications 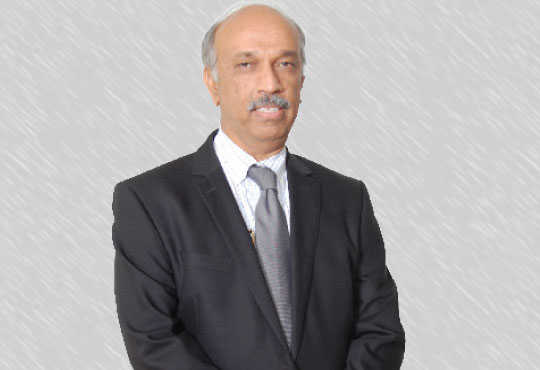 India, in the last five years has emerged as a place of unparalleled socio-economic importance and has evolved into a major trade hub today, not just within but also internationally. The nation witnessed small and medium sized online retail business riding big on the m-commerce wave during the recent festival season. In the times to come, with an upsurge of “Make in India” and e-governance movement, mobile data will further have a big role to play in enabling newer businesses, governance and transparency for the masses. And the social media access migrating to mobile has been there for a while. Taken as a whole, the role of mobile communication and data enablement in supporting such a development cannot be overlooked. Proliferation of affordable smartphones and tablets in developed and emerging markets are driving surge in data usage today, especially through the lower-end models. Smart mobile devices are becoming ubiquitous, and are creating an enormous appetite for mobile data even for the users who had been using low-end handsets earlier and have never had access to personal computers. Per capita consumption of data, as a result, has gone up tremendously in the last few years.  How Are Telecom Companies Looking At this? Globally, as put by the GSMA last year, worldwide mobile operator data revenue will exceed that of voice by 2018 and India is no exception to this trend. With technology advancements such as rollout of LTE/4G by few operators resulting in offering speeds upwards of 20 Mbps, the very fundamentals of Telecom operations have shifted from providing a reliable and pervasive voice communication channel to enabling content and speed of access on data network. CIOs today have an immense responsibility to collaborate with the technology leaders to innovate continuously and engine the growth of data services through unconventional models. With massive amount of data being generated at the subscriber end, Big Data too is making a fast entry into the Indian space, particularly in Retail and Telecom Industry. In the B2C space particularly, Big Data along with the traditional structured data sources will now converge into creating a new age of information explosion and advanced consumer insights. Shifting focus on Data Revenues For telecom companies embracing such a change, there is no doubt that there will be a big shift in terms of the focus earmarked towards data enabled services and revenues generated by them. Redirecting capital investments into managing subscriber data services and outsourcing low end network management activities will be an eventual recourse for any telecom player looking to cash in on the data revolution. Enabling content and customer apps will become new standard norms for the industry that will determine its revenues. With continuous evolution of infrastructure to support networks from 2G/GSM to 3G/HSPA and 4G/LTE, the user expectation is going to grow manifold from this point. Managing a stronger Infrastructure Foundation The shift of focus in order to enable a better infrastructure need to be on the data connectivity enablement, both in terms of spread as well as the bandwidth size. The layers of services would shift gears from connectivity focus to service assurance and performance of applications that ride over these data services. Any data service would be as good as the app that delivers the experience in terms of quality and content for the end subscriber. As the data services come with additional demand for authentication and security, the back end IT infrastructure should gear up to provide these. Unlike the voice infrastructure, the data performance matrix fortunately comes with established and evolved tools to manage the backend. Future Trends The new normal set for data services will finally make way for the increased generation and usage of video data through tools 3G/4G video calling or Skype and increased use of graphics at both ends. Add to that, the industry is likely to see consumer behavior and buying decision becoming increasingly “opinionated”, shaped more and more by apps like Twitters, etc. as against based on unsupported sentiments. A relevant example being the election polls that India witnessed recently served as a true illustration of an advanced information age, now accessible to the mainstream. In summary, the data led revolution is now anticipated to unfold into two key aspects; the one where information exchange through apps becomes core to shaping opinions or decisions and the other where m-commerce becomes the inevitable growth driver to accomplish trade and lead the competitive space.

IT services
Effectively Organize, Automate and Manage your Payroll Processes

IT services
Looking Beyond The COBRAPOST Sting What Should Banks Do?

Cognitive Automation and the Disruption of Business Services

Embracing Technology: Need of the Hour in BFSI