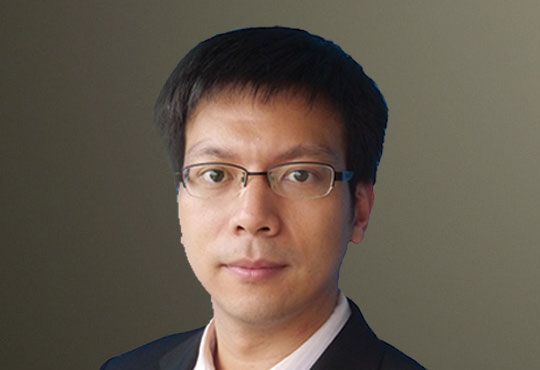 Content will find the right user, not the other way around With smartphone becoming the most ubiquitous modern technology, customers of the 21st century, especially the millennials, are moving at a warp speed to keep up with the changing trends. At present, the number of mobile phone users exceeds 3.2 billion, and the total number of mobile app subscriptions amount to almost five billion across the world. Meanwhile, India has surpassed US to become the No. 2 global internet user market, only behind China. Young Indians are driving the digital media consumption and there is a remarkable market for diversity of apps.  Messaging, SNS-related and news are currently the fastest growing app categories in India. According to a study by Pew Research Center, "75 percent of online news consumers say they get news forwarded through email or posts on social networking sites while 52 percent say they share links to news with others via those means."Old media, the likes of printand TV, may soon take a back seat to new and improved ways of consuming the news such as social platforms, blogs and apps.  The days of loyalty to a particular news organization on a particular piece of technology in a particular form are gone. What happened in Turkey (with the failed coup attempt) is just the latest in a series of events this year in which the smartphone and social media apps have been at the centre of action. Turkey’s president Recep Tayyip Erdogan, who at the time was at a tourist resort in southwest coast of the country, used a FaceTime call, his first interaction with the media and the citizens of Turkey, to rally his supporters. “Go to the streets and give them their answer,” said Erdogan, adding, “I am coming to a square in Ankara.”  And, with so many of us online multiple hours a day, organizations today have more data than ever at their disposal – the Big Data. While Big Data emerged around early 21st century, many online and start-up firms including Google, eBay, LinkedIn, and Facebook are built around it. Early adopters of Big Data analytics have gained a significant lead over the rest of the corporate world. For traditional and new media organization, Big Data strategies include analyzing the audience (across platform) to enable a better understanding of the customer and make behavioral analytics and targeting that  much richer. For example, a city wise analysis of consumption trends on UC Browser reveal that – entertainment accounts for over 27 percent of all content consumed in Pune whereas technology grabs the highest share in Mumbai and Kolkata; the people of Lucknow burn their mobile data on sports and offbeat content.  Entertainment, technology and politics are the most popular categories amongst Indians, accounting for over 64 percent of all content consumed. Entertainment content alone makes up for over 45 percent of all content consumed. Interestingly, offbeat content including astrology, cultural trends and relationship account for over 8 percent of total content consumption. Noon to 3:00 pm remain the most popular hours for content consumption with most people preferring to be online during and after lunch hours. The usage again peaks post dinner with 9:00 and 10:00 pm clocking in the maximum hits. This kind of data (only more detailed and bifurcated) gives companies tools to manage and search the exploding amount of video, social media and other content; tools to create relevant and engaging content; tools to engage with its the audience more deeply with highly-targeted news and advertising; tools to enable efficiency and even tools to identify new products and services to offer customers. With big enough data base, content platforms can now change content consumption completely - enabling content to find the right users, instead of users going out to find the content they like. According to Internet Trends 2014 by Mary Meeker, video and photo generation, consumption and sharing and social media usage made up the bulk of online content in 2013. This has only expanded since then. Every song heard, every video watched, every single search and every single page clicked is an insight into the user’s preferences and online habits – giving efficient news aggregators and online media companies a distinctive edge over traditional media and its competitors.  Big Data is about the variety of information it presents and not just the volume. And in this sea of big data, the challenge is in connecting right users with the right content. The idea is to deliver content at the right time and on the right device to the right audience. News aggregators that are able to capitalize on this opportunity are likely to produce tremendous value for their users.

Impact Of Drone Delivery On Sustain ability And Environment

Serverless Computing - A way for scalable and cost-effective application